Pop quiz! What’s sexier: wearing condoms or pus coming out of your junk? You’d think the answer would be an easy one (CONDOMS!!), but the National Survey of Sexual Health and Behavior found that only 45% of men between the ages of 18 and 24 used a condom with their last partner and 20-somethings were ranking even worse, with 29.3% between the ages of 25 and 34 wrapping it up.

That means that a lot of us aren’t using condoms 100% of the time. Yeah, I know you usually do but while 95% is a great grade to get on a test in high school, it’s just not enough when it comes to protecting yourself and your partner (and all of their and your future partners) from the many fun infections that can crawl up your parts and start spawning.

We’ve all heard all the complaints: condoms reduce sensation, condoms mess up the rhythm condoms are uncomfortable. Blah blah blah, whatever. Truth of the matter? Condoms don’t reduce sensation. Condoms messing up your rhythm sounds like a personal problem (up your game!) and now there’s an app to solve the uncomfortable condom problem by helping you find the perfect condom size.

What are YOU working with?

This one definitely falls under the category of “app for everything,” although the jury is still out on “app for awesome.” Called, simply enough, Condom Size, this app is basic beyond belief: it’s a ruler that shows up on the side of your smartphone; in inches or in centimeters, depending on where your dick measuring is going down. Pump it up, place the phone at the base, and you’ve got your measurement!

For the “girth” element, you’ve got to go a little low-tech, ’cause iPhones don’t bend (yet). Take out a piece of string, wrap it around, and then hold it up to the little ruler thing. This is probably the lamest part of this app: they should have just forgotten about girth and stuck with length because, honestly, it looks kind of lame to ask people to measure with string.

Since all guys everywhere have already done this, you’re probably thinking: why should I spend the 30 seconds to download a Condom Size app? Two reasons: comparison charts and condom sizes.

The first one is 100% about dudes’ competitive natures, especially when it comes to their dicks. Who doesn’t want to see how they measure up to the “rest of the world?” (Answer: No one doesn’t.) The second one, however, is actually useful.

After you’ve entered your (non-exaggerated, please) stats, the app gives you a list of the best condoms for your cock. They’ll tell you your size, what brands they recommend, and even let you buy them right there on the site. They also have educational tips and “fun facts,” which I’m guessing most people ignore because it’s probably the same stuff they told us in middle school.

My take on this one is basically, why not? It’s kind of silly, kind of fun, and I’m totally down for anything that promotes safe sex, especially since the news broke about that drug-resistant gonorrhea. 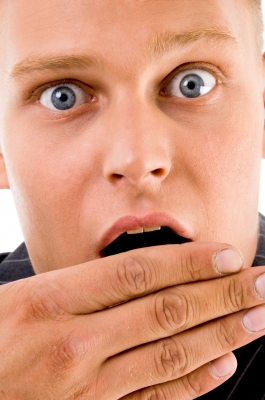 That one got you scared, didn’t it? Better get measuring.

This Queer, Non-Monogamous Woman Is So Over Dating Apps And “Chill” Dating