Gamification. Everyone’s been doing it for a while but now some people are doing it while they’re… doin’ it. Yup, that’s right: There’s recently been an explosion of apps that want to get all up in your business when you’re getting down and dirty.

People’s reactions to the whole gamification sex app thing tend to range from “WTF??? NO!!” to “Actually, that’s kinda cool…” I personally prefer that all electronic devices are far away from my bed (or… wherever) when sexy time is going down, but I have to admit: some of these are pretty ingenious.

To help you form your own opinion of the whole sex-app thing, here are three very different apps that run the range from “Oh hell no!” to “Give it to me, baby.”

Get That Away From Me: Passion App

First of all, Passion App invites you to “See how good you are at sex.” I’m objecting first and foremost to that terribly structured sentence, second to the idea that a poorly designed, vaguely Asian looking (maybe someone was going for the Kama Sutra look?) app can tell me anything whatsoever about the quality of my sex life.

Because my boyfriend is currently on the other side of the world, I didn’t get a chance to try out the app myself. (Bummer! Not.) AJ Dellinger over at DigitalTrends did, however, and came to the conclusion that the way to up your scores on the Passion App is through “tons of movement and lots of noise.” You can also compare your scores to other people’s scores, because clearly their experiences are a better validation than your partner’s.

My question is: Why do we need an app to tell us that obvious participation usually means good sex? Answer: We don’t.

I Can Get Down With That: HappyPlayTime 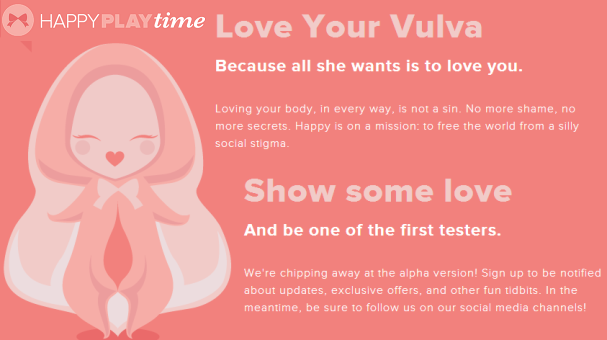 Rather than viewing it as shaming, I see that exhortation to be better as exactly that: encouraging women to get to know their own bodies and arousal. At no point does the site say, “You’re not doing well enough and it’s your fault.” They’re simply saying that there’s a whole sexual world out there that way too many women aren’t clicked into yet. It’s not our fault, but the power to change it is 100% in our hands.

Give It To Me Baby!: The Sex Profile QR Code Campaign, CONDOM08

This one is pretty old by internet terms, but I just had to share it because I think it’s really, really awesome. Basically, young people in Stockholm were the worst in all of Europe about practicing safe sex. In the summer of 2011, one group decided to do something about it. Their video of the whole process explains it way better than I ever could, so check it out:

What a fun way to spread awareness about the importance of safe sex!

Ultimately, gamification of sex through sex apps can be cheesy and frat-boyish (Passion App) or it can be sex-positive and fun (HappyPlayTime and CONDOM08). Rather than writing off the whole sex-app thing from the get-go, let’s use the awesome tool that is the smartphone for good instead of evil.

Can You Really Fall In Love In 36 Questions? Colin Hodge Says, “Yes!”