After the incredible success of Grindr (the gay men’s location-based hookup app), everyone has been asking: Why can’t we figure out how to make a successful Grindr for straight people? Plenty of ideas have been thrown around but it seems that one of the prevailing theories is that straight women just aren’t interested in no-strings-attached (NSA) sex.

Well, I’m officially calling bullshit. Plenty of women are interested in NSA hookups, but if we keep acting like every 20-something and 30-something (and, for that matter, 40, 50, and 60-something) woman in America never even thought about a penis until her wedding night, we’re going to keep missing the mark on the straight hookup app time and time again.

Here’s my Valentine’s Day present to you, startup entrepreneur: the market for a straight Grindr is huge, if it’s done properly, and no one has done it properly yet. Is that someone going to be you? Then listen up: rather than examine why Blendr doesn’t work or how Grindr could be adapted to fit the straight market, let’s learn some lessons from a casual sex scene where women thrive: swinging.

Swinging is alive and well in America, although the term definitely does seem to be permanently married to images of women with long straight hair and men with hairy chests and bell-bottoms. Rather than focusing on “free love,” the swinger culture today tends to be about making sexual and friend connections with people other than your primary partner, in a controlled and safe setting. It can happen in parties or in private, but there’s one main key to its success:

The women are in control.

The people who run swinger parties are well aware that they need the women to want to come back if the parties are going to keep happening. With that in mind, there are clear rules about what kind of behavior is acceptable. If a woman is approached by someone and says clearly that she’s not interested, the interested party is expected to walk away gracefully. No admonishments, no nasty faces, no mean names.

How could this translate into app form? One option is setting up the app so that women can approach men, but not the other way around. This puts the power of initiation fully in the woman’s hands, leaving the men to decide if they want to continue the conversation or not. Let’s call this the anti creepy guy in the bar feature, shall we? 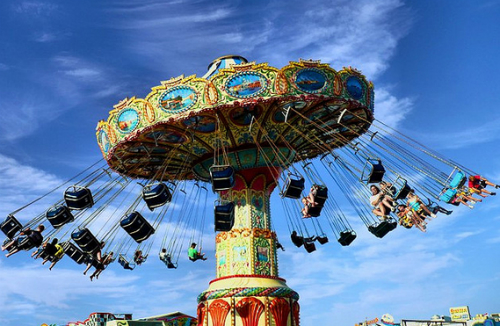 Make everyone responsible to the community.

The other is to create a community that creates a feedback loop. Did someone try to slut shame you? Force himself on you? Try to have sex without a condom? Post it publicly on his feedback!

This may sound extreme, but a form of this already happens in swinger and fetish communities. Sex is risky and communities that engage in higher risk sex do everything they can to minimize the danger. If people know that the whole community is watching them and that their behavior will determine whether or not they’re going to get laid again in the near future, you can bet they behave much, much more respectfully.

Give ’em the boot!

On that same note, a certain amount of bad behavior on the app should result in a permanent exile. If women are going to be comfortable existing in this virtual space and the subsequent physical space, it has to be known as a safe space where creepos are not welcome. Most women wouldn’t go into a bar that’s known to be frequented by the kind of guys who grope you as you walk by; why would they want to be in a virtual space with those same assholes?

So, startup entrepreneur with dreams of random hookups for all, listen up: if you want it to work, you have to start thinking about the ladies. No more trying to adapt what works for the gays, no more thinking of all women as vestal virgins.

Build it, and they will come.

This Is The Reason I Love Dick Pics

TweetEmail TweetEmailDick pics. Whether you love ‘em or hate ‘em,…