If you’re full-on into a specific fetish, FetLife is without a doubt the place for you. If you’re 100% vanilla, Match.com should do you fine. But what if you’re not a total kinkster but you’re not totally vanilla? What if you’re like… 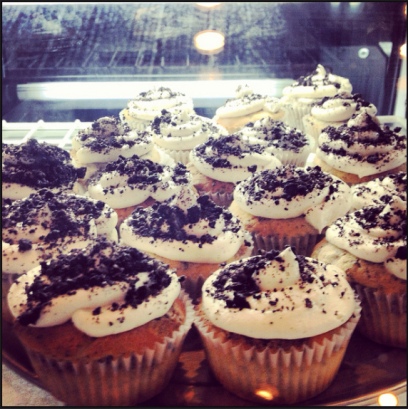 Up until now, most cookies and cream people have had to settle with using code words in mainstream dating sites, saying stuff like they’re “adventurous” and “up for anything.” Those folks may want to drop all the pretext, however, and head on over to Nauti Ninja, which calls itself,  “a new sex-positive social network and dating site.”

Nauti Ninja is looking to meld the two dominant and opposing models of online dating sites – long term relationship forming and quick sexual gratification – into a new kind of site for a community of people who don’t see the need to be in the closet about their sexual desires.

“We are crossing the boundary between what is considered normal sexual activity with the growing interest in expressing ourselves as sexual creatures, not just in pop culture and media, in our relationships, lifestyles, interaction and how we relate to each other,” said Cory Irish, CEO of NautiNinja.com.

Other than handcuffs and leather, what will you find?

The main body of the site looks like your now-standard newsfeed, with people posting pictures, things they’re reading, basically whatever they feel is pertinent to the community.

If you’re looking to connect with someone in particular, take a little spin around the profiles. The site lets you search for other sex positive individuals and couples based on location, age, and relationship status. But if you’re just looking for someone who has the same kink as you, Nauti Ninja allows you to search for that as well.

Once you find someone (or someones) you’re interested in, Nauti Ninja gives you the option of instant messaging or forming a group of people with similar interests

My Facebook events tend to be a bunch of random crap from college acquaintances who are inviting me to see their band play in a city on the other side of the country. (To be honest, I barely even check my events on FB anymore.) Nauti Ninja, on the other hand, posts events that have to do with adult get-togethers with a decidedly steamier side.

I applaud Nauti Ninja for what they’re trying to do because creating a sex-positive safe space and community that isn’t just full of creepers is a very, very daunting task.

As someone who looks at and reviews at least one dating or sex site a week, I think I’d be remiss if I didn’t point out that the site is very new and even with 700 users already signed on, it’s still showing its growing pains. The copy is rough and the design could use some tweaking, but they’re clearly committed to providing a service that I think is much needed and that could prove to be very popular.

You’ve Had Sex, But Have You Had #Aftersex?