(Writer’s note: The original version of this piece was written during the Anthony Weiner scandal but the content is still relevant.)

When the first Anthony Weiner scandal broke, I was not all that scandalized. Okay, so a Congressman got caught sending dick pics and having sexy chat time with random women who weren’t his wife. Yes, that was an asshole thing to do, especially if we consider the fact that Huma probably didn’t sign off on this. Yes, it was stupid, yes, it was juvenile.

And, no, it’s not that crazy or strange. At all.

There are two simple truths that played out in the whole Weiner saga:

1. Politicians have big egos. Big egos are like drug addictions: they need to be fed more and more and more when inevitably the normal dose just doesn’t cut it.

Combine that megalomaniacal personality type with instant and easy access to sexual contact that carries no risk of disease or pregnancy and what do you get?

So those are the conclusions I came to after the first time we were all exposed to Mr. Weiner. The second time I just though, “Really, dude? You totally could have avoided this.”

By that point everyone already knew of Snapchat, so he could have at the very least sent those pictures that way. However, that still wouldn’t have protected him from those chat transcripts getting out and, of course, there’s always the risk that his virtual paramour Sydney Leathers could have taken a screenshot or engaged a tool like Snaphack Pro.

What I would have recommended – if Anthony had had the wisdom to consult me beforehand – is an app that makes SnapChat look like child’s play. While SnapChat is marketed and branded to the teenage set (with the security protections that go along with it), Wickr is deadly serious about maintaining your privacy. 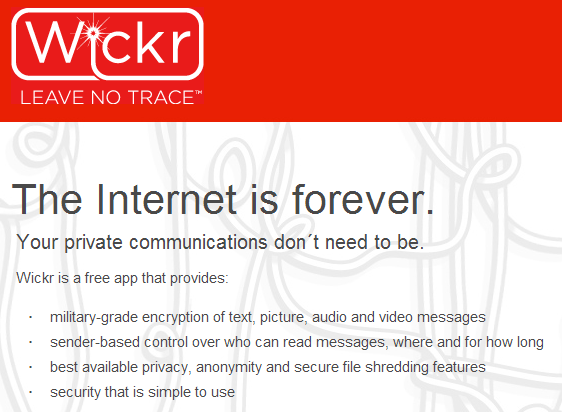 A heightened sense of security

If Weiner has been using Wickr, he would have been able to rest easy knowing that there was no way those sexts would ever be traced back to him. That’s because this app not only gives the sender the option to destroy the image, text, or video after a set amount of time, it also “shreds” it.

What that means is it deletes the file for good from whatever device it was viewed on. Any normally deleted file can be restored by a good hacker or forensic specialist, but Wickr overwrites the data in the file with a bunch of nonsense, making it impossible to resurrect. 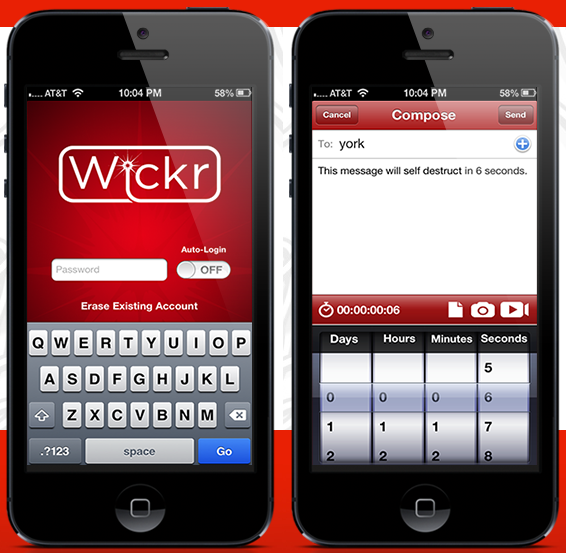 And they don’t just delete it…

They never store it. Ever. That means that Mr. Weiner could have rested assured with the knowledge that his descriptions of what he wanted to do with Ms. Leathers, along with his pictures of what thinking about those things did to his physical self, were never, ever anywhere other than on his phone and hers.

On top of all the virtual shredding, Wickr also encrypts all of your personal info using military-grade encryption. They tack seven random numbers on to the end of your phone’s identification number (and any other information that someone could use to identify you) and then scramble it all up so no one can figure out where it came from.

As long as your face isn’t in there, Congressman, no one will ever know it’s you.

Only one more thing to worry about…

And that’s whether or not the receiver is taking a screen shot of your image or capturing it some other way. This is the one place where even high-tech solutions like Wickr can’t have your back and you have to rely on something much more low-tech: good sense and trust.

And those two things, Mr. Weiner, you are clearly lacking.

How To Come Out As Kinky